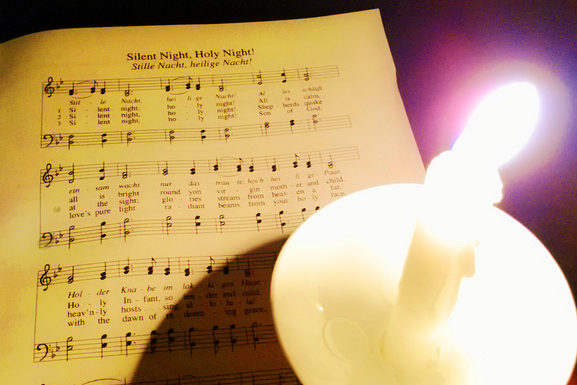 It was a cold, December night.

By some reports, a nice snow had blanketed the ground. December 24th was approaching quickly, and everyone was preparing for the celebration of Christmas.

What happened that night will go down in history, but fame did not come fast. For the first 20 years after that night, only oral history kept the story alive.

Imagine: a broken organ, a pastor who wouldn’t settle for silence on Christmas Eve, and a poem he had penned two years prior.

With the help of Franz Gruber’s musical prowess, Pastor Joseph Mohr’s poem came to life, and the song we know breathed life for the first time.

When it comes to Christmas carols, Silent Night is one of the most-sung carols of the season.

Slow and melodic with candles raised or more upbeat with each note sounding from the band’s instruments, many have created their own rendition of Mohr and Gruber’s masterpiece.

As stories go, this is a good one. Published widely, the story has become like fact, even making its way into well-known and reputable publications.

Alas, according to BBC, this story is largely a legend of the 1930’s. Mohr and Gruber did write the words and music for a service in 1818, but beyond those details, the myth grew.

So many traditions, stories, and legends have arisen from millennia of Christmas celebrations. With all of the glitz and glamor of a modern celebration of Christmas, many details have become larger than life.

Ironically, there is something about Silent Night being the subject of a “larger than life” tale that strikes at the paradox of the life of Jesus.

As you go through your day today, take a minute to stop and listen to your favorite version of Silent Night, or a new one. Here are a few of my favorites, including one just released today!