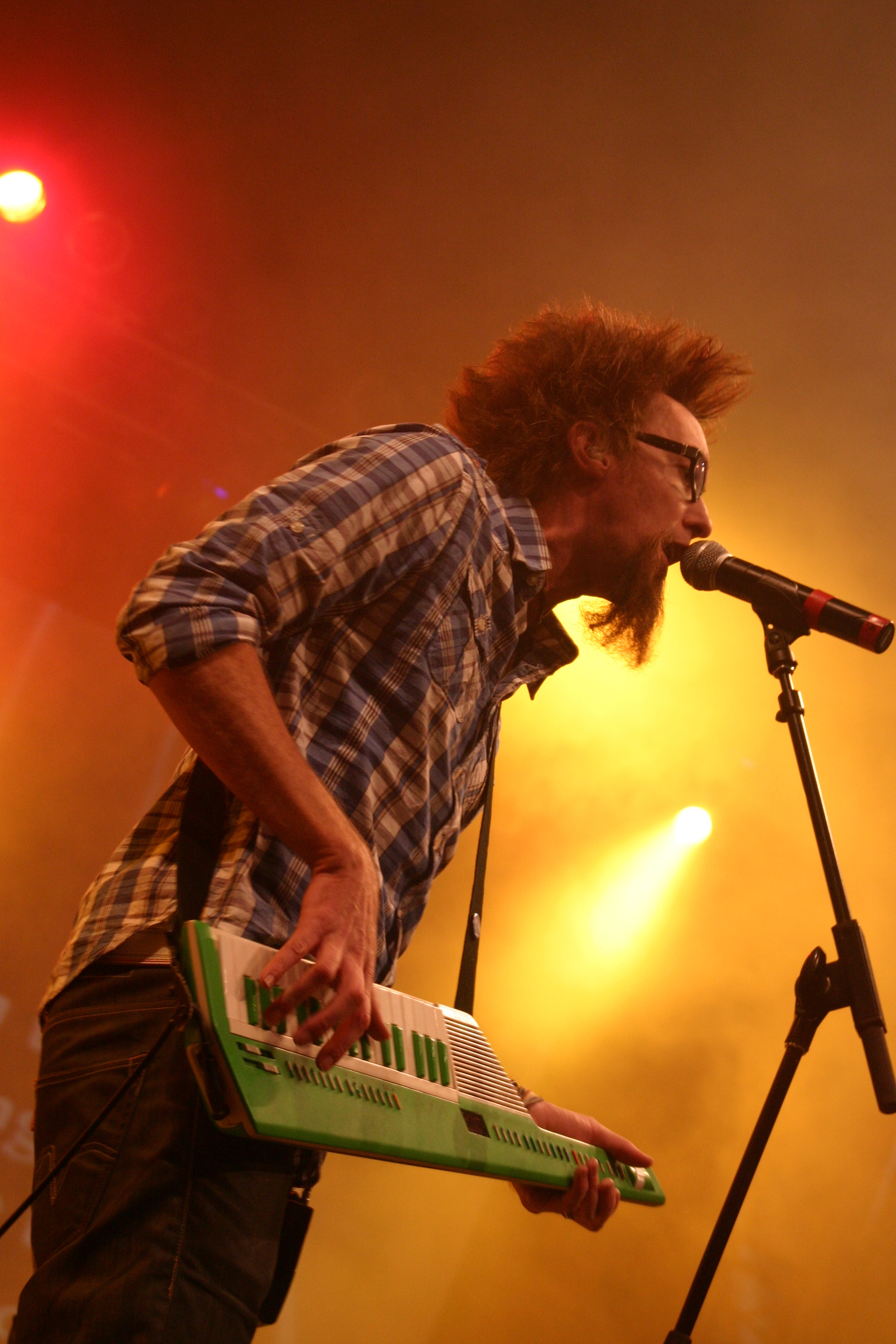 Well, I spent many, many hours in the convention hall yesterday answering questions at HQ: where’s registration, where’s the general session, how do I sign up for the labyrinth, where’s a good place to eat that doesn’t have a line 50-people long at every meal. It really was a lot of fun, even the girl who knocked over our handouts on Kevin’s cup of Coke from Panera that spilled all over everything.

The volunteers/staff started the morning with a prayer walk, which was a really great way to start the first official day of the convention. I was dog tired at the end cause we were up so early, but it was worth it. Made it to a few minutes of Francis Chan’s talk yesterday afternoon, and people were talking about it all night. Most importantly, I made it in to see Crowder at the end of the first session and the beginning of the second. Out of this world. And yes, I really was this close to Crowder during worship.

And yes, I got his autograph.

Back to the convention center for today’s shift…

After the session, we were hanging in the hallway and got to