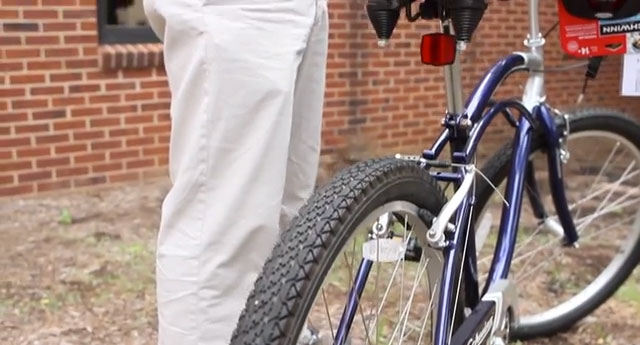 Two weeks ago, I posted Danny’s video here and on Facebook. I was struck by Danny’s story and his resolve to work hard and succeed. Danny is a new face of homelessness, I think.

Danny had laid out clear steps to his short-term success:

When I posted Danny’s video to Facebook, my friend Stuart watched the video and replied:

I said, “Great idea! Know anybody who’s got one?”

Stuart replied, “Actually I have a great one for what he needs it for. Only been ridden about 5-6 times and I would like for him to have it.”

I e-mailed Matt, PR Director at The Salvation Army’s Richmond brach, and found out Danny hadn’t gotten a bike. I connected Stuart with Matt, and the rest was history.

Stuart e-mailed me later that night:

“Man, so happy about this.”

Then, last week, Danny made a follow-up appearance in The Salvation Army News Update.

How have you served someone else lately?

What do you have that’s extra for you but could be life changing for someone else?

Look for the simple things around you and make a difference this week!