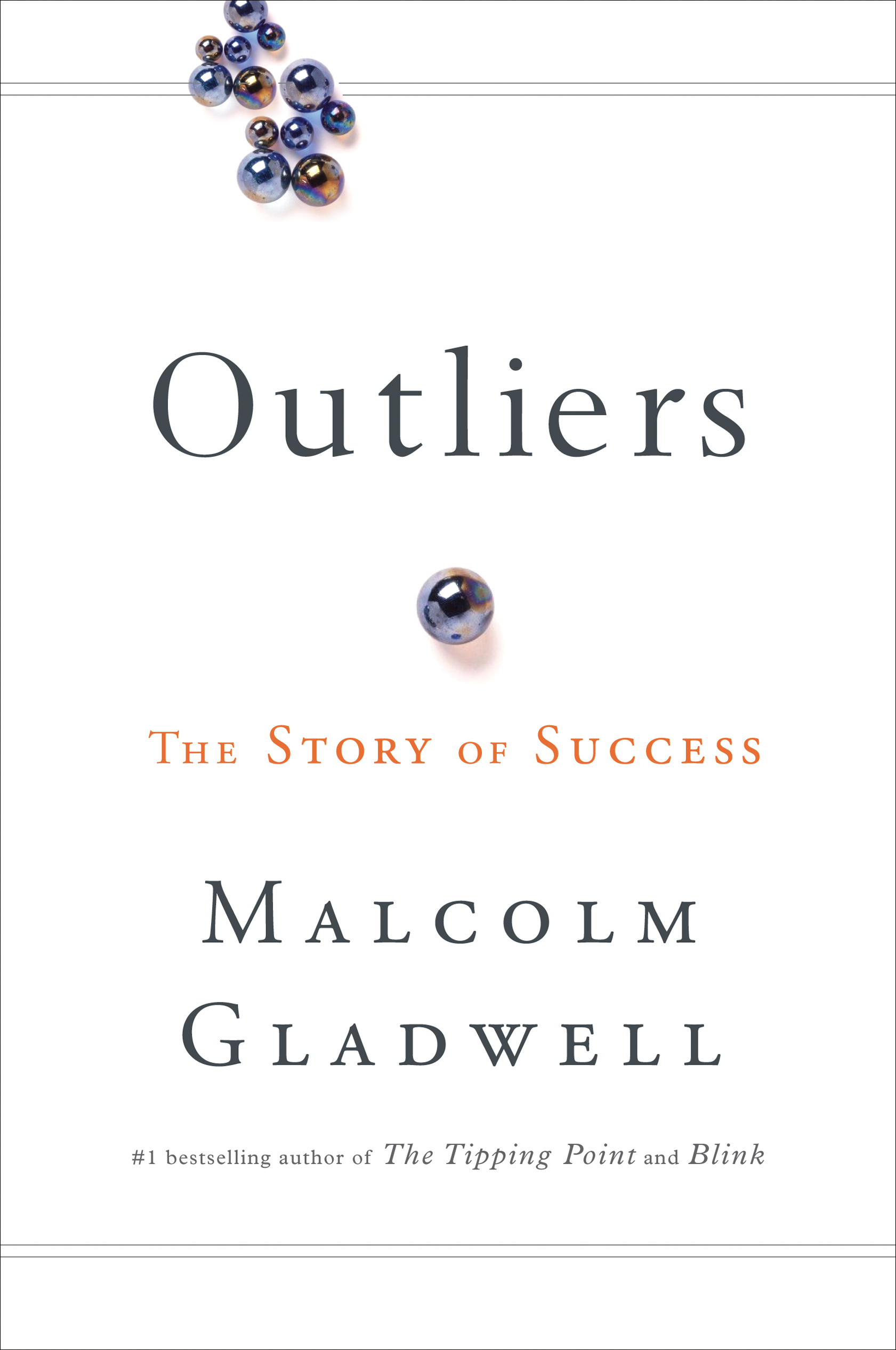 That is the premise of his writing style, drawing the reader along his journey to discovery.
Discovery, in this case, is the phenomenon of outliers, those people who fit into a demographic mold unlike the majority of the population.

Gladwell tells the story of the Rosetan immigrants to Bangor, Pennsylvania, and their unique community which kept them healthy despite the societal norm in east-central Pennsylvania.

He tells of the two top teams in the elite junior hockey league in Canada and discovers why young men become elite hockey (and after a separate analysis, baseball) stars.

In Gladwell’s own words from the first chapter:

This is a book about outliers, about men and women who do things that are out of the ordinary. Over the course of the chapters ahead, I’m going to introduce you to one kind of outlier after another: to genuises, business tycoons, rock stars, and software programmers. We’re going to uncover the secrets of a remarkable lawyer, look at what separates the very best pilots from pilots who have crashed planes, and try to figure out why Asians are so good at math.

Gladwell’s story-telling is superb, in every one of these scenarios. Each chapter begins with a new story, seemingly coming out of nowhere, and in the end, wrapping itself up into a nice package, furthering the core argument of the book.

There is one central element which will dig at your core being, but I did not discover it until very late in the book. Gladwell begins to tell the story of the KIPP Academy, an experiment in public education that was launched out of the Lou Gehrig Junior High School in New York City.

This school took underachieving students, by application, from throughout the city and nurtured them through an intensive educational journey. The improvement was extraordinary. The KIPP Program has now spread across the country, and the Academy at Lou Gehrig is a most sought after program in New York.

So what? The big deal is that through a rigorous process, completely unlike the traditional public school education, the KIPP Academy has turned the lives of low-income, underprivileged kids from the city upside down. They are rising stars, most of whom go onto receive high school scholarships to the city’s elite schools and continue onto college.

Gladwell shows, through this story and others, that simply changing the “norm” will overturn the apple cart and make a great impact on the lives of America’s young people.

What does this story mean to the average, everyday American? For people of faith, it gives legitimacy to “For I was hungry, and you fed me. I was thirsty, and you gave me a drink. I was a stranger, and you invited me into your home. I was naked, and you gave me clothing. I was sick, and you cared for me. I was in prison, and you visited me” (Matthew 25, NIV).

Gladwell’s examples show that this really can work. The Church in America, and around the world, can truly bring the Kingdom of God to Earth. Will we do it?

Much of the remainder of Gladwell’s book shows that what happens in society during any given young person’s development — the influences outside of their control — can play a major impact in that young person’s achievement. Hard-working immigrant families often gave birth to the future high-power lawyers and doctors of America.

Hockey players born in January, February or March are more likely to become their sports’ elite because they are the oldest — and, consequentially, the most developed — during any given season (the age cutoff is December 31). The same occurs in baseball.

This book is chock-full of fascinating stories and real-life examples. Sure, there will be outliers (extraordinarily strong and weak): how do they get there? Outliers explores how.