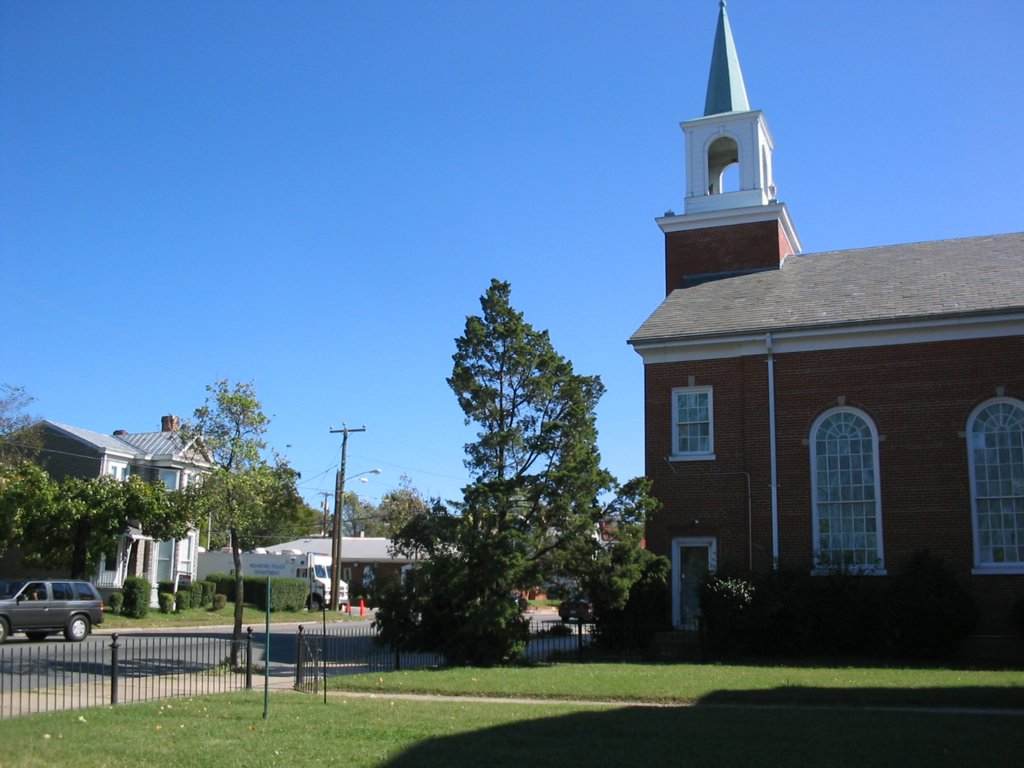 Back in Fall 2003 I volunteered at the Church Hill Christian Wellness Center, an inner-city center supported by the Baptist churches in Richmond. I would ride the GRTC city bus from the upper-middle class West End of Richmond into downtown. At City Hall, I would transfer to the 4PP-Fairmount bus which ran throughout Church Hill. The riders were predominantly lower class, black mothers with children. It was a much different group of people than the upper-middle class, white businesspeople who rode the bus into town from the West End.

One morning I got off the bus at Fairmount Ave. and walked the usual 2 blocks to the center. I was on the sidewalk in front of the church when I heard gunshots ring out across the street. I glanced quickly and picked up the pace. Jason, the center’s director, hadn’t arrived yet that morning. From street level, there were about four steps down to the entrance door. I went to the lowest step, slumped over and tried to not be seen.

When Jason got there that morning, he asked why I was “hiding out” at the bottom of the stairs. Once I explained, he understood!

The next week when I returned to the center for my weekly visit, the Richmond Police Department’s Mobile Command Center was parked across the street with officers running surveillance out of the truck 24/7. Why? Somebody had been shot in a house across the street the week before. Just coincidence? There were a lot of murders within a 10-block radius of the church that semester, and we usually heard the story of what happened from a brother, mother, aunt or neighbor. I still think I nearly witnessed that murder…