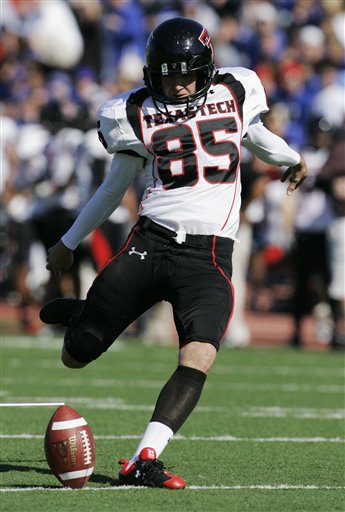 Here’s the kicker for No. 8 Texas Tech. [CNNSI]

“Give that fan a contract!” [UWire]

I honestly didn’t believe the story when I heard it. But all of these leads are from the latest in Texas Tech football. Last month, a halftime promotion during TT’s faceoff with FCS opponent UMass put TT student Matt Williams on the field to boot a 30-yard field goal [I don’t think I’ve never seen someone make one of these kicks].

Williams knocked it through the uprights, winning a month of free rent.

On the way back to his seat, Williams got word that TT coach Mike Leach wanted to meet with him. To give him a spot on the team.