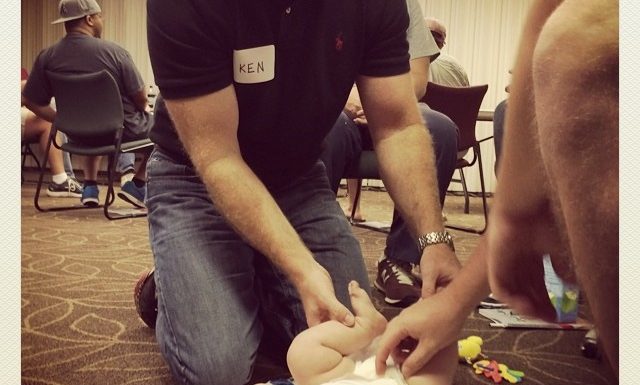 Friends, a simple request for you to consider: when I started at First Things First of Greater Richmond in January, I knew a little bit about what I was getting into. I had been to one class, after all! But what I have discovered is there is so much more…

Two stories for you:

One of my favorite days so far in this role was back in July. We planned a day-long workshop for Camp Diva which combined our usual teaching time but also included plenty of time outside, playing games and interacting with the girls. At the end of the day, it was clear they had soaked up so much of what we had taught because it was such an interactive experience.

Second, I facilitated our Boot Camp for New Dads at Henrico Doctors’ Hospital back in August. (For those of you who haven’t heard my First Things First story, Boot Camp was my first interaction with the organization before T was born!) On this summer Saturday morning, there were three dads who stood out — one dad was preparing to move to Boston with his wife until their daughter was born, just so they could be nearby some of the best pediatric cardiologists in the nation (they came home over the weekend, and baby girl is doing great!); one dad is shifting careers and will be working part-time at home to care for their new baby while his wife works; and one dad was making plans with his wife to adopt a newborn, their first child. There are a lot of dads with a lot of stories, and these three guys are just some of the dads who will pass through one of our 37 Boot Camp classes in 2014. So far this year, 4,149 people have crossed paths with our organization during an event, class or workshop, and we still have 3+ months to go. In any given week, I work with schools, churches, correctional facilities, businesses and local government. It’s an exciting place to be, and it’s great work to be part of.

Our goal in the Amazing Raise (6 AM Wednesday to 6 PM Thursday): at least 50 unique gifts of $50. The first 50 will be matched by a generous donor.

I know giving is a personal decision, so now I it to you. I know there are a lot of great organizations out there, and I hope you’ll consider supporting at least one during the Amazing Raise.

Thanks for considering, and thanks for supporting me in all of the many ways you do.

You can give online to the Amazing Raise on our website, www.FirstThingsRichmond.org, from 6 AM Wednesday morning through 6 PM Thursday evening.